Following a record-breaking forest fire season in Europe, the Commission is proposing today €170 million from the EU budget to reinforce its rescEU ground and aerial assets  starting from the summer of 2023. The rescEU transitional fleet would therefore have a total of 22 planes, 4 helicopters as well as more pre-positioned ground teams. As from 2025, the fleet would be further reinforced through an accelerated procurement of airplanes and helicopters.

Commissioner for Crisis Management Janez Lenarčič said: “Due to climate change the number of regions affected by wildfires is increasing, going beyond the traditionally affected Mediterranean countries. The last summers have clearly shown that more firefighting assets are needed at EU-level. By building up our fleet of aerial means and ground forces, the EU will be able to ensure a prompt, flexible response, including in situations where fires are burning in multiple Member States at the same time.”

Commissioner for Budget and Administration, Johannes Hahn said: “While the record-breaking forest fires this summer may have been overshadowed by other crises, today’s proposal to reinforce rescEU shows that the EU budget will continue to support those in need. European solidarity across EU Member States remains strong and we are ready to support this solidarity with financial means.”

Wildfires in the EU are increasing in scope, frequency, and intensity. By 1 October, the data for 2022 reveal a 30% increase in the burnt area over the previous worst year recorded (2017) and a more than 170% increase over the average burnt area since EU-level recording started in 2006.

This season, the Emergency Response Coordination Centre  received 11 requests for assistance for forest fires. 33 planes and 8 helicopters were deployed across Europe via the EU Civil Protection Mechanism, which were joined by over 350 firefighters on the ground. In addition, the EU’s emergency Copernicus satellite provided damage assessment maps of the affected areas. 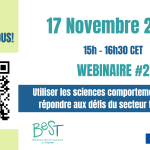